Readers of my monthly column should know by now that I’m interested  in politics, and especially the intersection of politics, disability, and the resulting public policies that impact on people with disabilities.

The interest stems from being trained as a journalist during the Carter-Ford presidential campaign while living on a college campus with many activists with disabilities. I caught the “inside politics” fever.

And, by happenstance, I became involved with two political campaigns upon returning to New Jersey.  One for a Republican and one for a Democrat, and I quickly learned that disability-related policies are not partisan issues at the local level.

I also learned that participating in campaigns is a great way to educate people in politics about “our   issues,” and it is very helpful in building up credibility if you decide to do something unusual like start building housing to support people with disabilities.  I cannot tell you how helpful it  is to advocate for something with politicians who know you personally.

This is why I encourage anybody with a disability to get involved with politics.  First and foremost as   voters.  Then, if you like a candidate, become involved by volunteering with the campaign.  Become  engaged, ask questions, and don’t just focus on disability issues.

We live in the Community. We need to ask about issues beyond our own because our needs for safe neighborhoods, effective and efficient local governments, well maintained infrastructure, and well-run services are just as great as our able-bodied neighbors

I’m a great believer in democracy even as messy and raucous as ours is right now.  What is happening now, however, is not that unusual if you delve into early U.S. history.  If it existed, Twitter would have been used by Thomas Jefferson and Alexander Hamilton to insult and degrade each other in their campaigns.  Instead, they used the printing press to print daily or hourly “broadsheets” to accuse each other of lying, cheating, or having scurrilous vices like enjoying Thespians..

Our democracy is cheapened by the ugly discourse, but it is endangered much more by people opting not to participate in the process.  Sure, there are winners and losers with participatory politics elections, and, sure, democracies sometime make huge mistakes with major consequences. The key  to democracy is to stay engaged no matter who wins or loses.

A year ago I predicted we would be in the most contentious presidential campaign in my experience.    Little did I know that we would be smack in the middle of a deadly pandemic, a racial  reckoning, seemingly endless natural disasters, and wacko fringe elements stoking civil strife for the causing chaos.  It is enough to make someone disengage. 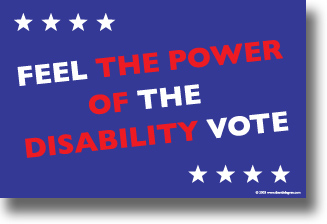